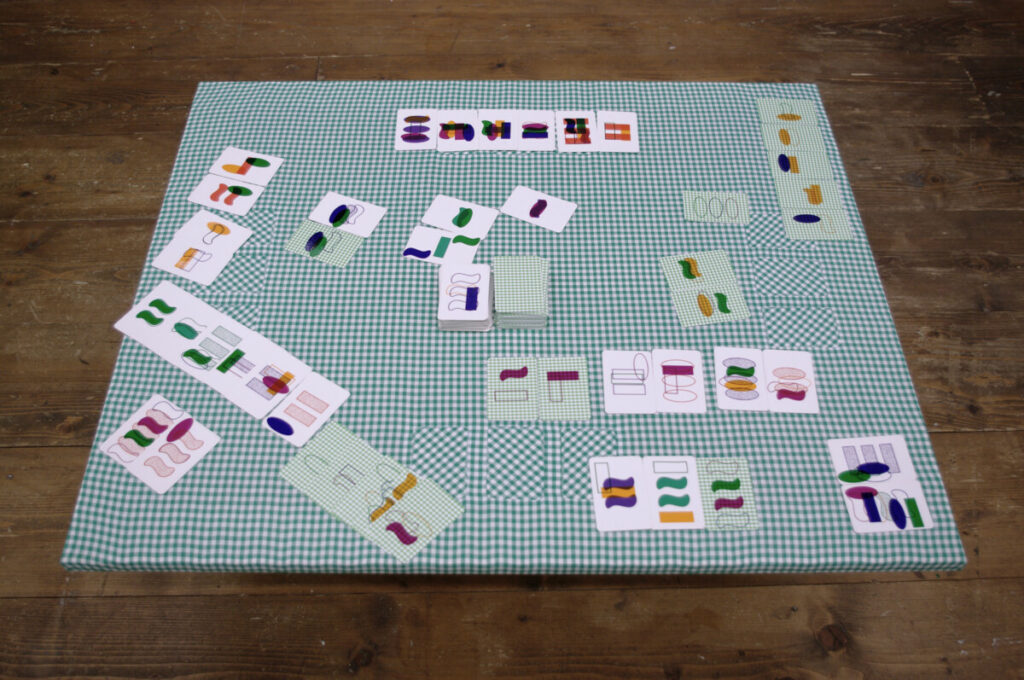 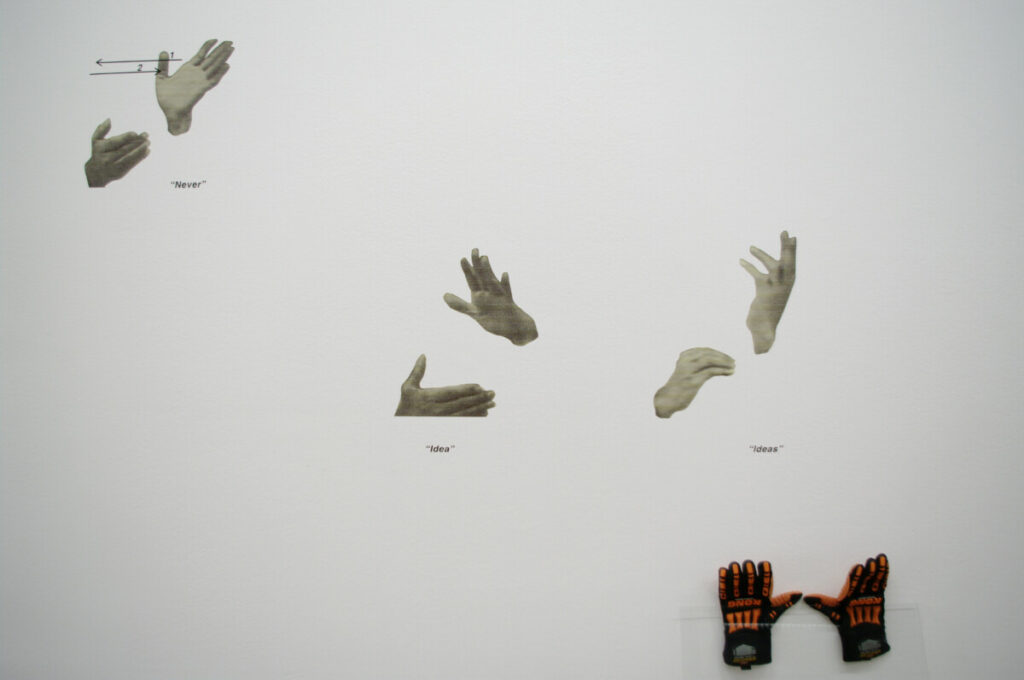 In September 2021 Laura Snijders started using the Ondertussen space as a temporary studio, the presentation gradually developed and unfolded over time. As a point of departure she asked herself what the role and meaning is of the human body in the context of her work and her art practice. A question that began with an on-site investigation into how her own physical body relates to the space and to the body of the other. Snijders approaches this question like a playful investigation, with lots of interaction and exchange.

The final presentation consisted two main works; a mural ‘uncreated’ which was a visual research into identity and hand gestures, and a game ‘DESET’. The game was played by many visitors. Each game was different, as the game doesn’t have any rules. The final composition on the board was each last played game.